Hello everyone.  I am writing to you all between tour visits – a seat-of-your-pants ride in New Mexico where we had to find a temporary percussionist (Miguel Escuriola, who ROCKED the cajon and bongoes in front of 1500 at the Albuquerque BioPark with no prior rehearsal or even having heard the tunes), then had the good fortune to have the mighty Bryan Brock back with us to play the beautiful Spencer Theater in Ruidoso.

Regarding our new CD, “The Shape of Dreams”, it has been an interesting trip.  There is one piece, “Song of Tiamat”, that dates back to the days of “Illumination”.  We thought we had lost the demo, but happily found an old version, wrote more, tweaked it, and there you have it!  “Of Sword and Shadow” was written back in 2006 (I think) for an ill-fated stage production we were working on at the time.   Just about everything else on the CD was written from 2009 forward.  We had a few months of pre-production in 2012, which was interspersed with the making of Liza’s solo CD “Wait for the Spring”.  Recording on “The Shape of Dreams” began in earnest in the fall of 2012.

Probably the thing I’m proudest of on this CD is the level of songwriting collaboration between Jim, Liza, and myself.  Through our self-titled CD from 2003, we worked in pairs of two’s, either Jim and myself, Liza and myself, occasionally Jim and Liza, maybe the three of us, maybe each of us solo. When our friend Joe Shotwell left the band in 2005 to live with his wife Beverly in Napa (where they live happily to this day working in the high-end wine business), it kind of forced the three of us to re-think our musical approach.  For the first time, we played entire trio concerts, really worked hard, listened to each other more intensely and truly collaborated as never before.  The first fruits of that approach came out in 2009 as “Vihuela”, essentially a guitar trio CD of which I am immensely proud.  We picked up and expanded that thread for “The Shape of Dreams”, with so much back and forth on writing, arrangements, tones, and recording approaches.

Bryan Brock is possibly the most versatile and open-minded percussionist I’ve ever run across.  Apart from impeccable time, his approach to building a percussion track is so musical and composition-oriented that I am always amazed at what he comes up with, particularly on “Mambo’s Chambo”.  The new hybrid kit he is bringing on the road to play these new songs is somewhat complex, but man does he get a lot of mileage out of it!  Hand timbale, hand snare – so few folks are using these, and I can’t imagine they are doing it any more musically than Bryan.

Nicole Falzone has been a longtime friend and part of the Incendio family for years now.  But on this CD, her explosive drumming really propels songs like “Of Sword and Shadow” and “Azucar Mocha”, bringing them to such a fever pitch.  It’s always exciting to play with her and I so appreciate what she brought to these tracks.  Most of them were recorded with her white Signia kit, which just kills, maybe one with the DW kit, which is a little smaller but has a lovely, controlled and focused sound that records really nicely.  Her touch is just unique and powerful.

I want to celebrate Mr. Ed Roth, who is a wonderful musician and, as it happens, a neighbor.  I originally just asked him to put down real B3 at his house, working from a demo part that I played on Native Instruments B4 software (I ADORE the Hammond B3 and the likes of Joey DeFrancesco, Jimmy Smith and Mel Rhyne on all those Wes Montgomery records).  His subtle weaving of Hammond B3 AND piano on “Azucar Mocha” can only be pulled off by someone supremely musical who really knows what he’s doing and how those textures work together.

A shout-out is in order to Mr. Nick Kirgo, a wonderful guitarist and longtime friend of Liza’s, who lent us the bouzouki that I played on a few songs.  Thanks, Nick!

Over the last year, Liza and I have worked a lot as a fun duo in Incendio’s downtime.  Thanks to our friend with the beautiful singing voice, Duane Thorin, we met his bass player, Bo Astrup.  Bo is an engineer and mixer that had worked previously with Marc Antoine, as well as hundreds of projects in his native Denmark.  He brought great ears, a profound musical sensitivity, and a cool bag of mixing tricks with him, and once the final overdubs had finished (around late March I think), it was Bo and Liza’s intense, concentrated work on these mixes that have made a huge difference.  Once they did their great work, I came back with fresh ears and, together with Liza and Jim’s notes, took it that last but critical 5% extra, going over every last bit to make sure it was correct, sending reference mixes to Bo for his opinion, then back for the last little tweaks.  We really worked so hard to get the bass right, as with every CD, but never more than this one.  Our friend Ruben Ramos listened to some of the mixes early on and gave his two cents the mixes, for which we are grateful.

Finally, the last piece of puzzle was tackled by our longtime mastering guru, Bernie Becker.  We were happy with our mixes, but frankly Bernie’s work took them into the stratosphere.  He is a longtime collaborator with Neil Diamond, which should surprise no one.  His approach, attention to detail, the care and love he brings to our work is deeply appreciated.  It never hurts, either, to walk into his studio, which is like the bridge of the Starship Enterprise, with beautiful gleaming audio gadgets that I’ve never seen before. The balance that he achieves between analog and digital stages, the attention to where “gain” is added and via what machine, which EQ he relies on most to sculpt each song, all of it is fascinating, an arcane art of which he is the total master.  Thanks to him, as well as support from his son Dale and wife Nancy.  They are the best.

So that’s a little trip down the road of making “The Shape of Dreams”.  More stories to come. 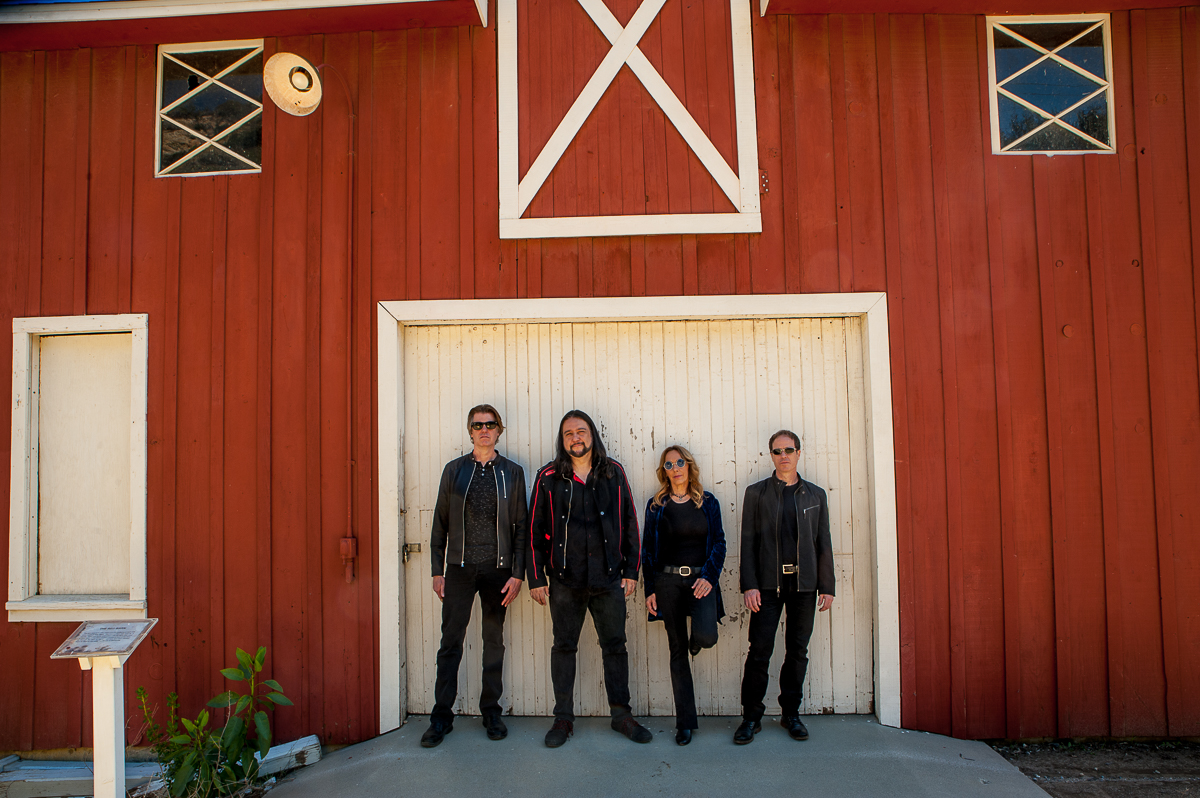